An interview with Stephen Partridge on The Television Workshop.

Stephen Partridge is an artist and academic researcher. He is the principal investigator on the research project REWIND investigating the first two decades of artists’ works in video.

In 1984 he established The Television Workshop at Duncan of Jordanstone College of Art in Dundee to create a facility where artists could access the new technologies for video production that had recently entered the television broadcast industry. Further biographical information on Partridge can be found below.

This interview between Stephen Partridge and Luke Collins (Project Manager, LUX Scotland) took place at the Visual Research Centre in Dundee in May 2015. 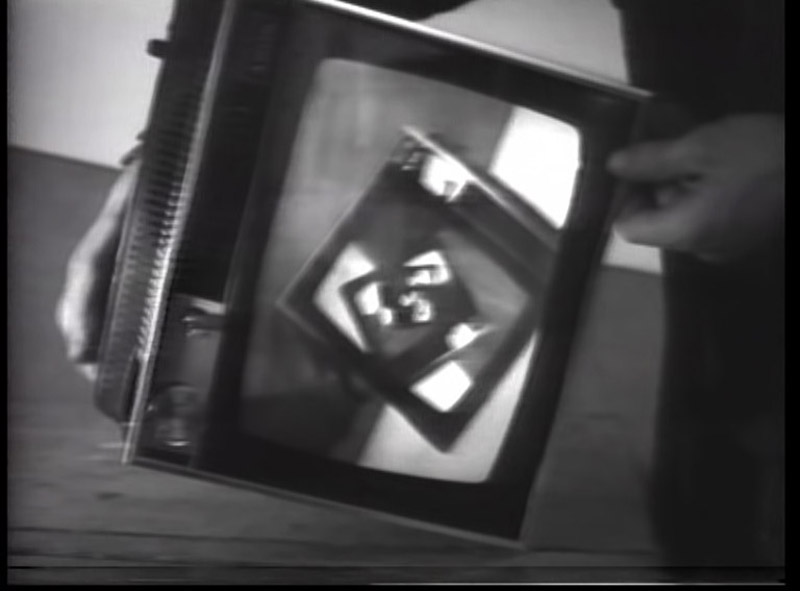 LC: I’m interested in trying to explore a period of video art between the mid to late 80’s and into the early 90’s and looking at a point where the new access to facilities and technology, that places like the TV Workshop were offering, enabled a new relationship, specifically to broadcast quality equipment and to new technologies like Quantel.

SP: That was very much the motivation, because I’d come up from London…

SP: ‘84, and I’d been working in a facilities, which was the emerging facilities industry then… so I was working in Soho and Channel 4 had just been established so it was a real explosion… it’s hard to remember the feeling, it was pretty revolutionary. The technology made a real spurt.

Up until then, video was a pretty clumsy medium. It was basically a recording medium: simply record a block of time. So then in the late 60’s, early 70’s it comes into the hands of community video people, artists, education… But it’s a very clumsy medium, initially reel to reel still. And course your results are monochrome. We used to say grey on grey but not 50 shades of grey, about eight.

So going right back, we have this very crude technology, but at the broadcast level, in the early 80’s, which seemed to coincide with Channel 4, you were getting facility companies set up. 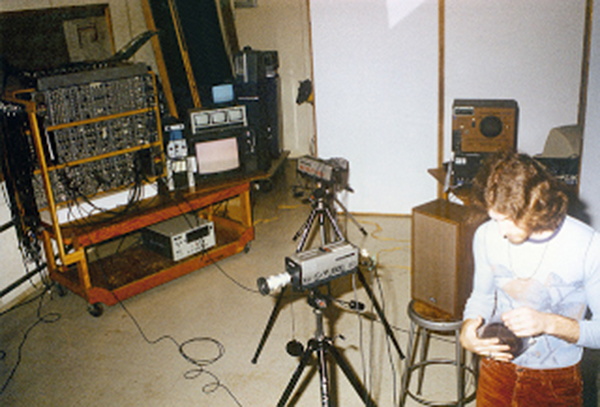 SP: In the meantime, I then did this weird thing by coming to Scotland, and I’ve been here ever since. It was a great opportunity; it was a blank sheet of paper. There was very little going on in Scotland in video.

LC: So you were starting to get access to commercial facilities houses in London and in the south. Was there much access for artists and experimental production in the downtime at the facilities houses?

SP: That what we were trying to do, people like Peter Donebauer. The only real advance then was Fantasy Factory set up by Hoppy (ed – John Hoppy Hopkins) and Sue (ed – Sue Hall), they had the first place was a three machine suite. Three machine defines A/B roll editing. I was at Coventry teaching and I built one there in ‘82. So it was the first thing to do when I came up here. There was no three machine editing in Scotland, at all, not outside the BBC.

But it was really open. People were very excited and open about it. So we did lots of events and performative stuff with Tom (ed – Tom McGrath) and introduced video, gradually building up facilities in Dundee. By which time I had been contacted by Doug Aubrey and he had settled in Glasgow. He organized something at the Third Eye, a symposium – at that symposium I would say half the people in Scotland came. There was only about 20 people. We got to be a good network, this is before Facebook, so getting to know people then was important.

LC: I read about a day conference at The Third Eye Centre in 1984, organized by Mike Tooby (ed – Michael Tooby, exhibitions organiser) around video.

SP: I don’t know if Mike phrased it that way, but he certainly knew what he was doing – he was saying to people “Come, let’s get to know each other”. And there were some talks and thematic things. And of course people getting to know each other in the bar, and networking, which was the most important thing. That was very significant. There was overlap, because you have the Transmission crowd, I think Doug (ed – Doug Aubrey) joined Transmission and persuaded them to put on the first show in Glasgow, Event Space 1. There was so much energy in those days. So we put on that and then we realized what we needed to do: was give access to people. So I worked it out with the college. 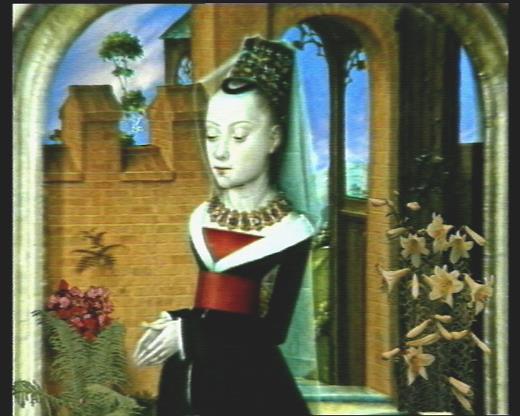 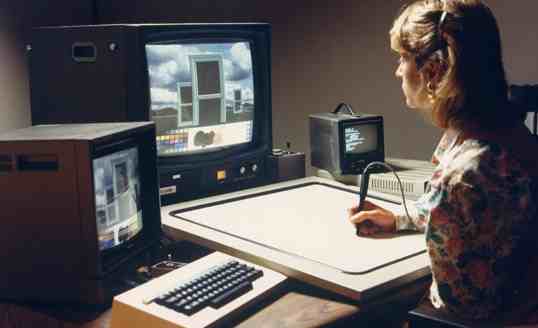 When it got more complicated, the technology I mean, some artists could handle it and wanted to edit, like Doug and Allan (ed – who worked together as Pictorial Heroes) and some didn’t: they wanted an editor, so it might be me, or a student who would get a freelance fee for doing the editing.

Of course the big thing I should say is we had the Paintbox, right from day one, it arrived three months before I arrived. We were building up a three machine edit suite but in comparison with the Quantel it was like: we had a GTI but in the garage was a Ferrari. Absolutely chalk and cheese and you could really see where things were going.

LC: I’m really curious what those first experiments felt like?

SP: The thing about the Paintbox is you didn’t need any training, With the students I found the only training needed was with the pen. It was all done by this pen. It was slightly fat and it was pressure sensitive. They were 80 quid each, so you had to get a feel for it, it was incredibly sensitive, everything else was intuitive. All this software and compositing stuff it’s all over complicated, in a sense the interface is lazy in terms of the software design, if you look at something like Adobe Premiere. It’s better than it was, but if you look at the most complex Quantel kit today, if your compositing, I don’t think it would offer you more than 12 buttons. If you hit a button you then enable something, so then you might get variations on that thing – they only appear when you need them – there is a lot of thought gone into that to make it as simple as possible.

Quantel is an interesting company – it’s a bunch of English engineers, post office and stuff originally. Quantel – Quantised Television. The first breakthrough was storing one line of TV line digitally and that was used for time-based correction, so that you could stabilise the image and they were built into every VTR – and then some of the engineers realized if we could stabilise a whole frame and if we could digitize a frame, could we then combine them? So then black boxes started to come along that could store a frame, two frames and it could store two streams and then you’ve got basically, the equivalent of a Steenbeck. Unfortunately, linear in some ways but with a vision mixer where you can do mattes etc.

With a vision mixer, with some of the works I did there were 7/8 streams which went into the vision mixer and were all corrected. A vision mixer is incredibly powerful – the sort of layering you could do, and additive wipes, linear wipes, you could do it in real time – you can’t do this in a non-linear suite, it would take you forever to process it.

You don’t attempt it, because the technology forces you down a particular route – so the analogy is a sound mix. Imagine doing sound without a mixer, but that’s what we do now with video, we don’t have a mixer anymore. So all those subtleties are gone.

LC: Is there a level of performativity to it?

SP: Yes exactly, you run the machines and you felt like you were rocking and rolling and you go wow that’s the section I want and you print all of it, because tape’s cheap and you select the bits and edit it together. That’s the advantage: that it’s a stream and you are mixing these elements. It’s very painterly in a way.

So anyway, all that’s happening, so although the college is cool and relaxed we had to establish an identity, so we very quickly called it TV Workshop, let’s make a stand and say, this is television. I suppose that belies some of my interests at the time, I wanted television to be exciting and experimental and so did people I was working with. At that time it was like: there will always be artists work on television. Little did we know, of course there isn’t now.

And of course they loved us for our facilities, but 10 years later it was all gone, because desktop video had come in. The only thing that surprised me was how fast the technology had changed.

Our values were to create experimental work and we were not in competition with the broadcasters. We were more of a laboratory to the benefit of all. 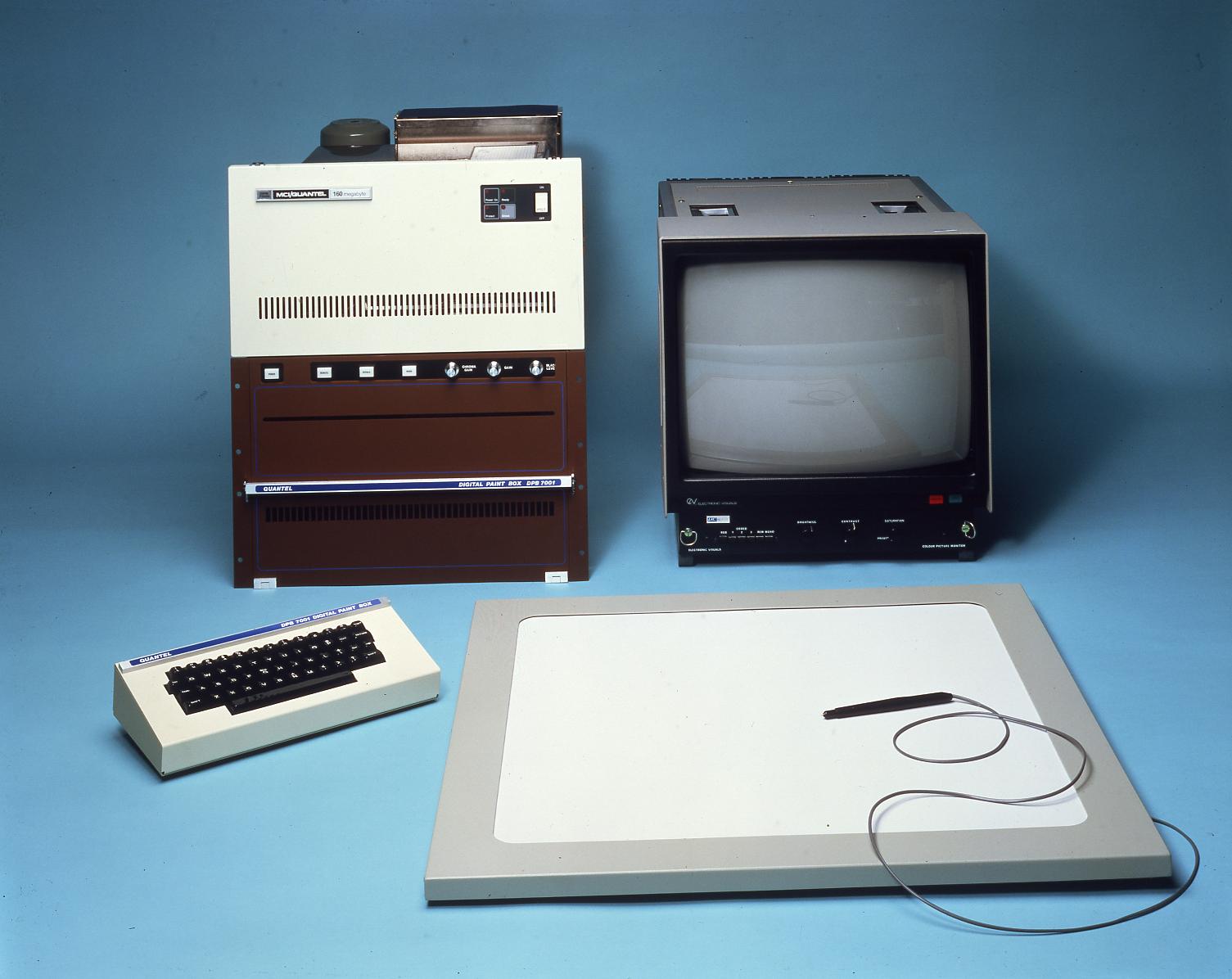 During the eighties he exhibited widely and also became interested in works for broadcast television and was commissioned by Channel 4 television to produce Dialogue for Two Players in 1984. Through Fields and Frames – an arts projects and television production company, he produced the innovative Television Interventions project for Channel 4. His work Monitor (1974, see image right) was recently purchased for the Tate collection. 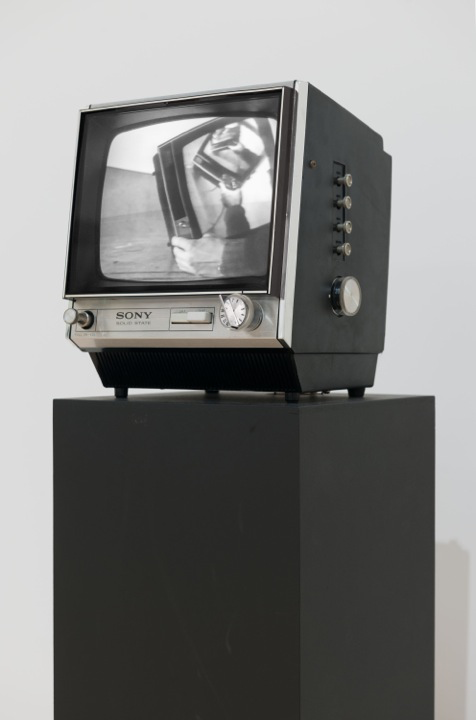 Talkback: What Is A Video Art?

Talkback: What is a video art?